Cyber Security Roundup for the First Half of 2018

Each day tens of thousands of people from all over the world are hacked. Not just sent run-of-the-mill phishing emails, but legitimately hacked. This has made the cyber security industry grow at a rate only surpassed by the Internet of Things (which ironically may be one of the largest threats to cyber security in the world).

We thought it would be good to go over some of the largest cyber crimes of the first half of 2018, and some telling statistics that will give you an idea of what exactly you are up against.

In trying to establish what were the most devastating hacks, we’ve combed through this year’s records and have decided to break it down by public and private hacks. Public hacks have to do with individuals and municipalities, while private hacks are the ones that infiltrate businesses and make available thousands and millions of records for sale. Without further ado, here are the biggest hacks so far in 2018:

These are just the most major of the hacks of 2018. There is still major fallout from 2017’s major breaches, including the Friend finder hack that exposed 412 million user accounts and the Equifax data breach that affected 148 million people. In fact, even though the hacks referenced above cover a lot of ground, hundreds of organizations have their cyber security compromised each day.

According to billionaire investor Warren Buffet, there is reasonable evidence that there could be a major cyber attack that could cost insurers tens of billions of dollars. The statistics back this up:

Cyber security risk is high, and it’s just getting more and more risky. By assessing your company’s cyber security health the IT professionals at WheelHouse IT can put you with the solutions and services needed to keep threats at bay. 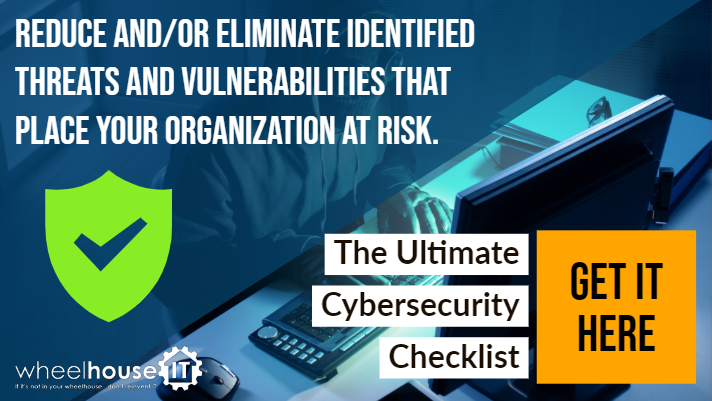