IT Can Have Fun, Too

Memes are some of the most popular--and important--ways people communicate. Today, we will go over what makes the Internet meme special and we’ll show you some of our favorite IT memes.

What Is an Internet Meme?

The concept for the meme was actually an academic concept coined by biologist Richard Dawkins in his 1976 book The Selfish Gene. He suggested that it was the evolution of society to create units of cultural transmission.

Today, that thesis is carried out millions of times a day through the Internet meme. They are messages shared across the Internet typically using images to represent the underlying feelings, thoughts, and beliefs of the people creating and sharing them. Their prevalence cannot be underestimated, as they have evolved to cover all of human existence (and further).

There are three variables that make an Internet meme successful. They are: longevity, fertility, and copy-fidelity. This means that the most popular Internet memes resoundingly resonate with people, creating the need for duplication, and ultimately, replication using similar scenario-specific criteria.

Basically, the meme is shared, copied, shared, altered slightly, and shared. With the advent of social media, meme use has exploded, becoming a cultural phenomenon that transcends specific topics.

Our Favorite IT Memes

You probably already understand why you like memes: they tend to make you laugh because you relate with the perceived message/action. Here are a few of the IT memes we like:

This meme starts from a scene from the movie Taken where retired CIA field agent Bryan Mils had his daughter stolen. In the movie, he utters the phrase, “I have a particular set of skills…” The meme was changed to use that very well known phrase and image to list his IT management skills.

This meme shows the character Andy Dwyer of NBC’s Parks and Recreation who is a simple man with a heart of gold; and, whose naivete and enthusiasm have landed him in an uncomfortable position. In fairness, there are many people who still aren’t sure of what managed services actually are, making this meme relevant. 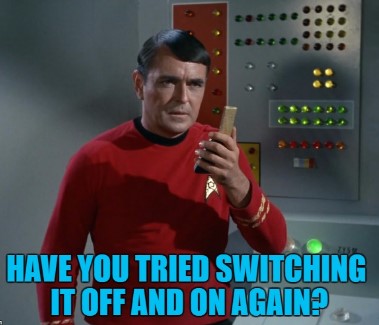 This meme shows Lt. Commander Montgomery Scott on the Com on the bridge of the U.S.S. Enterprise. The U.S.S. Enterprise is far-and-away a more complicated machine than your average PC (despite the lights and tactile switches found in the shot), the term “Have you tried switching it off and on again?” is funny. It is the first thing that tech support will ask anyone if their device isn’t working properly. 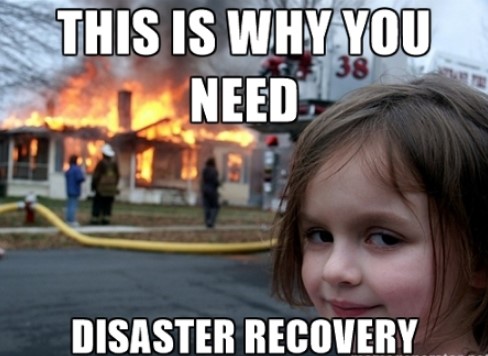 Some memes are funnier than others. This one, featuring “disaster girl” suggests that the reason you need disaster recovery is because your sweet, unsuspecting child just might be a demon-seed. Protecting what you have is important, and for the business, that means disaster recovery. 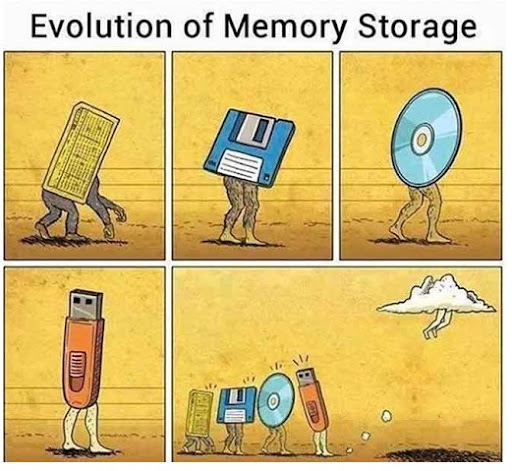 Cartoons, like the one above, can be memes. In fact there are five potential memes in this cartoon, but we thought we would post the full cartoon because it’s enjoyable. If you were to meme this cartoon successfully, it would look something like this: 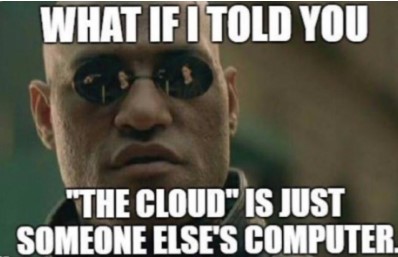 Sometimes memes get right to the point instead of trying to be cute. This one, with a picture of Morpheus from the popular movie The Matrix tells the ultimate truth about computing in the cloud. The cloud has many computing users confused, but in essence, the cloud is just another computer somewhere on the Internet in which you store your data, run applications from, etc. 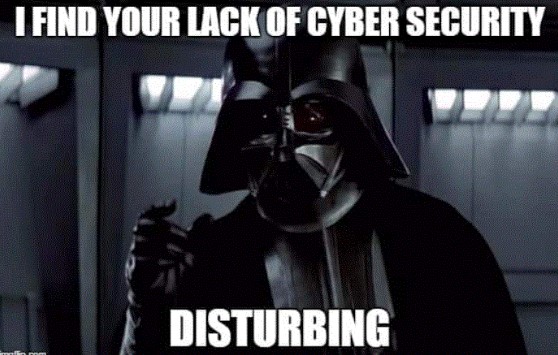 The last one that we will share is objectively funny. If you work in IT support, you run into scenarios where end users swear up and down that they have done nothing wrong and that the machine itself is slowing down or not working because it’s just a stupid machine.

In this case, the meme creator uses well-known daytime talk show host Maury Povich, who routinely has segments where he gets to the bottom of his guests’ lies, to state that the 12 toolbars that are on the user’s browser is a dead give-away that he is at fault.

Memes say the things that we don’t want to have to explain; and, for the most part they work great. Have you seen any IT-related memes that have made you chuckle? Feel free to share them with us in the comments, but please keep it PG.